Helping Teens Cope with Grief After Death by Suicide

Ask a Therapist with David Kessler, one of the world’s foremost experts on healing and loss. 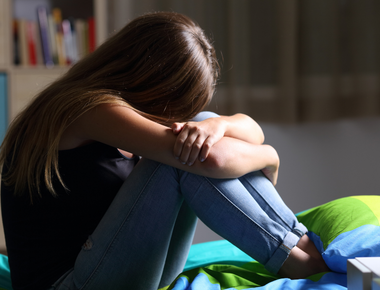 How do you recommend talking with teens in the school setting when they blame the girlfriend or boyfriend for the suicide?

It's so tragic because teenagers will have impulsive deaths by suicide and we often hear this comes up after relationship issues or breakups.

I would normalize it for the teenagers and for the boyfriends and girlfriends who find themselves in this or similar situations. Breaking up and having relationship issues are normal events -- and a death by suicide is not a normal event. We cannot blame ourselves for that. We have to remind that teenager going through this that they were just living their lives. They did not know their actions would contribute or cause a death. We have to help those teenagers not blame themselves. 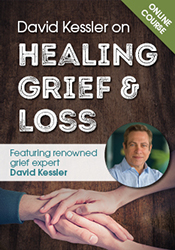 Give your clients the tools and guidance they need to create a healthy, personalized grieving process free from judgement, insecurity and shame. Join world-renowned grief expert, David Kessler, to discover the most cutting-edge guidelines of grief treatment in this transformative online course.

These new approaches have evolved the 5 Stages Model, as well as other models, and are designed to help you meet your clients where they are in the grieving process—without classifying them or putting them on a timeline. They give you the tools and language to talk with your clients about grief and grieving in deeper, more meaningful ways… So your clients can feel free of internal judgment and shame, thinking they should be “grieving better” than they are because they’re making others uncomfortable.

GET STARTED NOW
Meet the Expert:
David Kessler, is one of the world’s foremost experts on healing and loss. His experience with thousands of people on the edge of life and death has taught him the secrets to living a happy and fulfilled life. An accomplished speaker and author, David’s new book, Finding Meaning: The Sixth Stage of Grief, received wonderful reviews from critics as well as those in grief. His previous books have been praised by Saint (Mother) Teresa and Elisabeth Kübler Ross.

David has written five bestselling books and the popular Healing Grief Card Deck: 55 Practices to Find Peace. His first book, The Needs of the Dying, is a #1 best-selling end-of-life book. He co-authored two bestsellers with the legendary Elisabeth Kübler-Ross: On Grief and Grieving and Life Lessons. He also co-authored You Can Heal Your Heart: Finding Peace After Breakup, Divorce or Death, with Louise Hay.

David has worked with Elizabeth Taylor, Jamie Lee Curtis, and Carrie Fisher after their loved ones died, as well as late actors Anthony Perkins and Michael Landon at the end of their lives. He serves a Specialist Reserve Officer with the Los Angeles Police Department and as a volunteer for the American Red Cross, responding to tragic events including aviation disasters and 9/11. In addition, he has met with parents of Sandy Hook Elementary and survivors of the Las Vegas shooting in 2017. He also serves on the board of the Farrah Fawcett Foundation, a non-profit organization that provides funding for cancer research. David’s work has been discussed in the New York Times, Los Angeles Times, Business Week, and Life Magazine, and has been featured on CNN, NBC, Fox, PBS, Dr.Oz and Entertainment Tonight.

David earned a master’s degree in healthcare bioethics from Loyola Marymount University after completing his undergraduate work at the University of Southern California. He is a member of the American College of Healthcare Executives and is a certified AMA/EPEC (Education for Physicians) trainer. David is the founder of Grief.com, an invaluable resource to those who are grieving that has had over 5 million visitors. When he’s not speaking around the world, David calls Los Angeles home.

Learn more about his educational products, including upcoming live seminars, by clicking here.